No one would suspect that under the arid soil of the Corbières, from Termenès to Tuchan, unsuspected riches are hidden: iron, copper, silver, antimony, coal, lead, barite. The earth also contains materials that have been used for centuries for construction.

The first traces of exploitation date back toAntiquity. The Romans dug many galleries in search of gold in Auriac, silver (method of the pointerolle and fire) and iron. Moreover, the active phase of iron extraction is located in the second half of the XNUMXst century BC.

Au Middle age, the mentions of mines are quite rare in the texts (a dozen for the XNUMXth century). The mines belonged mainly to the lords of Termes and the abbey of Lagrasse continued and amplified the exploitations: silver, gold and iron. It is said that the crown of the Archbishop of Narbonne was made with money from the mines of La Bousole, located in the town of Maisons.

During Modern period, the conflict situation between France and Spain seems to have reduced activity. In 1660, Colbert appointed a clerk whose task was to learn about mining sites in order to give precise descriptions. Some sites were reactivated, including the Ségure coal basin by the famous Marshal de Vauban around 1678. Along with the State, the great families of the Corbières were also at the source of the resumption of activity.

From the almost complete Revolution until 1850, the exploitation remains dotted even if at the same time, the large exploitation companies continue to work and to study the promising resources of the ground. With the development of the railroad, the mining activity becomes industrialized, the concessions are bought by large companies which bring techniques and capital. The "tram" which links the mining sites of Hautes Corbières to Lézignan station and La Nouvelle, was a great source of hope for the industrial development of Corbières. Unfortunately, he never had the expected role of impetus. Beyond 1945, only the barite mines of Montgaillard were exploited but the insufficient profitability led to the cessation of their exploitation in the 1960s.

For several years, enthusiasts of archeology, history and local heritage have embarked on research, rehabilitation and securing of these former mining sites. In 2011, a association of "Preservation and Development of the mining heritage in Corbières" was created, more commonly referred to as "Mines in Corbières".

To learn more about this little-known past, take the interpretive trail " The forgotten iron of the Lacamp plateau »From Palairac. 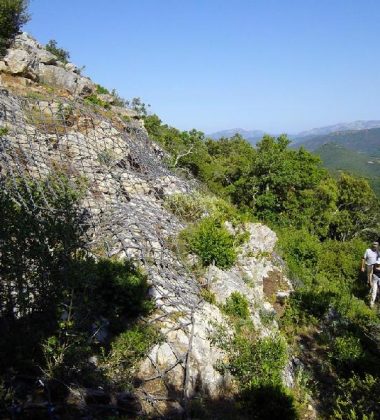 The Forgotten Iron Of The Lacamp Plateau

A circuit to be carried out by car or by road bike allows you to discover several elements of this heritage and to detect traces in the landscape. 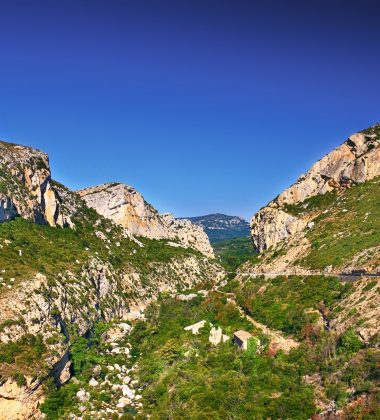 On the route of the forgotten mines of Hautes Corbières

A book is also dedicated to Corbières Mines, edited by the Mines en Corbières association. It is the result of a long-standing project carried out by the association and its former president-founder, then Mayor of Palairac, Michel Rzepecki. The main author is Julien Mantenant, archaeologist, member of the association, author of a doctoral thesis in archeology on the economy of metals in Languedoc during Antiquity.

Find out more about the Mines des Corbières book and how to get it.

The land also provides the building materials. While taking a hiking path, it is not uncommon to find the ruins old lime kilns or cross the tracks old quarries. Ferrals stone is frequently used (thunderbolt, door or window frames, etc.) but also other stones such as marble locally extracted in Vignevieille which is used to erect the multiple fountains of the village.