Distance: 13,3 km
Level: Very easy
Elevation: 34 D +
Departure: CANET
boucle
Green MTB
At the water's edge
In the city, the village
In the vineyard
An easy circuit in the Aude plain, starting from the Canet cooperative cellar; by Tintayne, a short tour through the Pinède then under the wind turbines of Boca de Biau. Via the irrigation canal, reach the edges of Aude, its mill, return to the village via the Pont de Blaise and the edges of the vines. However, be careful of crossing the D11 road twice. Circuit n ° 2 of Espace VTT-FFC 18 To see: Hydraulic heritage: the numerous streams, canals, sources, the banks of the Aude, the location of the Dixiane source, the Lirou ponds. Small heritage: the crosses, the fortified mill in Aude and the chapel of Notre-Dame des Vignes (Chemin du Moulin). The old village: church, castle, keep, tower, fortified gates and the municipal park for a well-deserved rest or picnic. The rider's opinion: An easy circuit in the Aude plain, under the wind turbines. 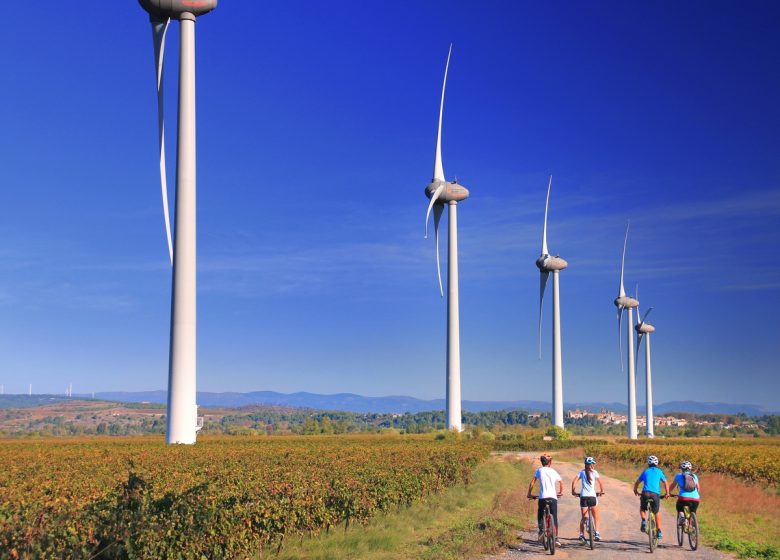 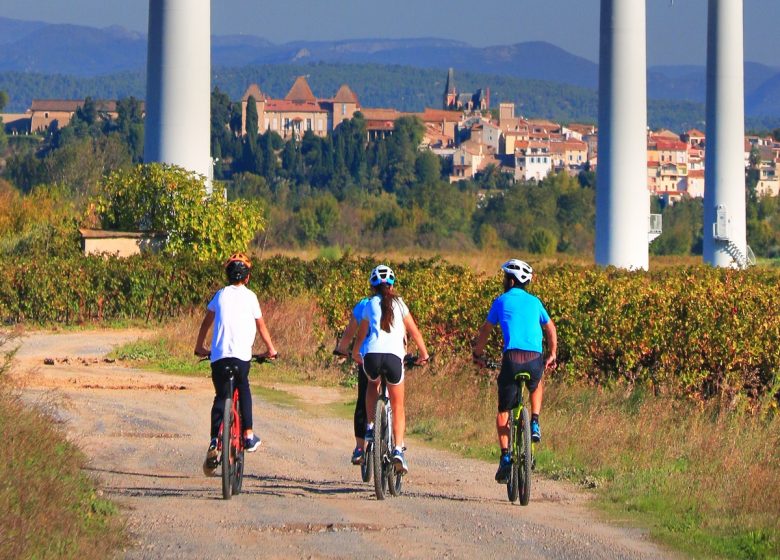 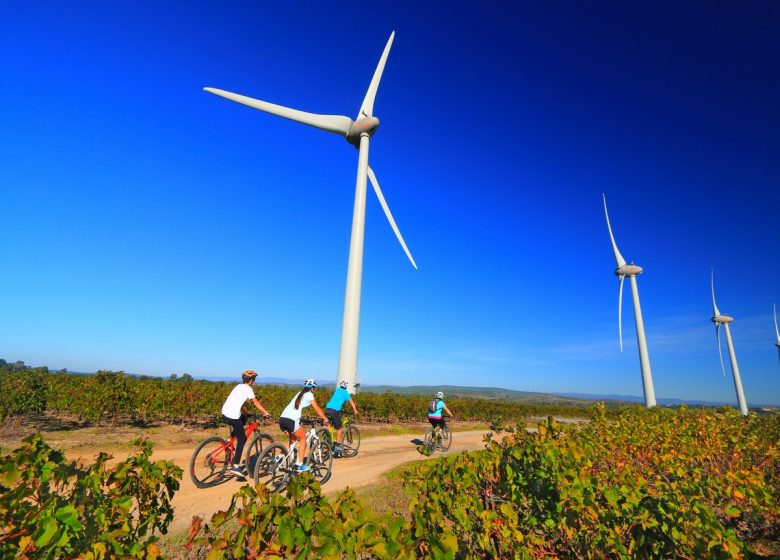 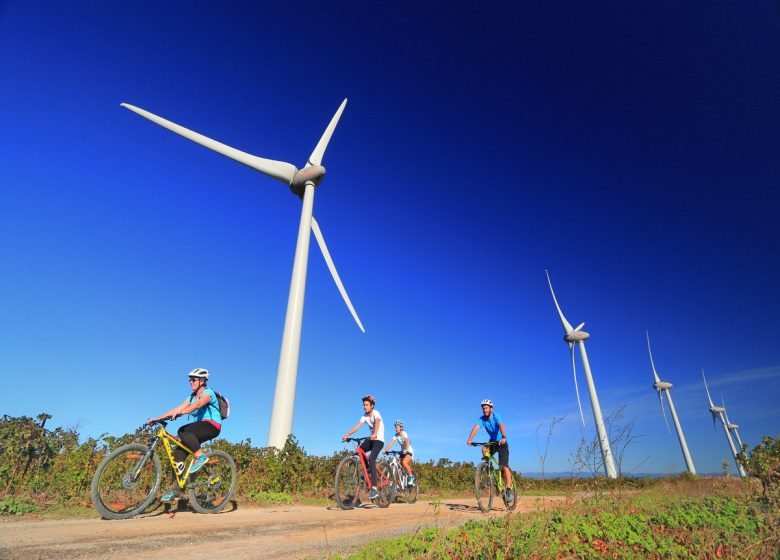 From the cooperative cellar, go towards the village by avenue de la Distillerie.
2

Turn right on the D11 (be careful!) And 150m later, turn left and drive between the vines. Cross the irrigation canal and at the fork continue straight until the crossroads of 4 paths.
4

Turn right then right again to return to the D11. Cross the D11 (be careful!) And continue opposite. Cross the Jourre Neuve Basse and walk along the wind farm to Chemin des Passes.
5

Go left, along the Canet irrigation canal, then cross the Jourre stream.
6

Go a few meters past the accesses leading to the Château de Fontarèche on the left and leave the irrigation canal to take a path on the right (north) towards the banks of the Aude. Walk along the river to the right, in front of large trees.
7

Cross the Jourre stream and immediately turn left onto a path leading to an intersection at 1400m.
8

Turn left. Continue north to find the Aude. Following the track along the stream, join the D26 at the Pont de Blaise.
9

Turn right then immediately after crossing the Jourre Neuve Basse, on the left. Walk along the stream for about 300m.
10

Turn right on the small bridge. Continue between vines and join the D26.
11

Getting to the starting point

Currently, the fire risk is very high and leads to the closure of certain massifs including that of Fontfroide and Pinèdes-Crémades. Find out before you go consulting the fire risk map for outdoor activities.
Fires strictly prohibited. Do not smoke and never throw cigarette butts in nature.
In the event of a fire or accident, give the alert: 18 or 112 from a cell phone and leave the area.
Never approach a fire in progress, both for your safety and not to hinder the intervention of the emergency services.